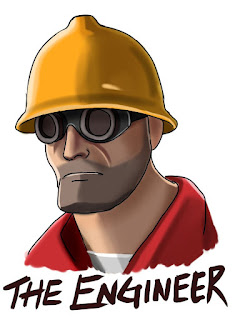 The branch of science and technology concerned with the design, building, and use of engines, machines, and structures. The action of working artfully to bring something about.


The worst part of success is trying to find someone who is happy for you. – Bette Midler

Those few black inked characters on the screen convey a lot. Your phone begins to ring. Your friends begin to call up. They begin to show up. If you have made it, you just want to say it to everyone. But if you haven’t, you just switch off your mobile. You just want to stay in your home coiling up by yourself.  You think and then you repent. The whole world seems to be asking you about the result. You want to escape this competitive world and search your solace. You want to be surrounded by someone who is true, someone who could pat your back and say ‘Hey, it’s OK’. But the reality is the far distant cousin of fantasy.

Parents begin to doubt your hardship. And you lose your confidence. You begin to think about your teachers who somewhere in your past had assured you of your success. You begin to think about all those friends who had praised you for your talent. They were so damn wrong. You were so damn wrong that you got flattered by those comments. Your neighbors begin to show up. They begin to judge you.If you judge a fish by its ability to climb a tree, it will live its whole life believing it is stupid.

They want to know about your result. And they end up the conversation talking about the result of their distant relative. And in each case their relatives override you. You don’t want to talk with them, but your father has to. You remain in your room and you ignore the conversation. You don’t want to listen to them, but you can’t help yourself from hearing them. You finally sense the soreness that your father’s voice is laden with. You coil yourself even more than a snake. You do keep staring anything that comes in your line of sight. Your mother approaches you with her silence and tries to break yours but in vain. She assures you that everything is goanna be alright. But it’s you and only you who know that nothing is going to happen alright. You begin to tame a ghost in your heart. And that ghost reminds you about your failure whenever you try to be smart. That ghost is going to chase you for the rest of your life. All your life.
Everyone seems to be a stranger to you. And you too want the same. Each guy approaching you for the first time seems to make you uncomfortable. He might ask you about your result. The conversation ends up very quickly. And all the time, it ends up with the suggestion. The guy who doesn’t knows even the Newton’s second law of motion or secant of 30-degree passes by giving you an advice. One of those many things that you already have in abundance.
But life is not about how bad you fall after it hits you. It’s all about how you dare to stand up and hit it back with more intensity.

This article is an excerpt from my book  'The Cut-Off List'
Posted by Shashi Prakash at 9:05 PM No comments: