Review: "Why I am a Hindu by Shashi Tharoor" 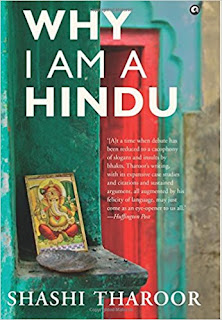 Book: Why I am a Hindu
Author: Shashi Tharoor
Type: Non-Fiction
Pages: 302
Publishing House: Aleph
There are 3 sections of the book:


My Hinduism
This section has been written and covered in 137 pages. The first part explains the reasons why Hinduism is the faith Shashi Tharoor is proud of and believes in. Dr Tharoor further says and I quote,
“I find it immensely congenial to be able to face my fellow human beings of other faiths without being burdened by the conviction that I am embarked upon a ‘true path’ that they have missed.”

He further explains, quoting various sources, that Hinduism is not a faith but it’s a civilization. We don’t have any particular scripture that we need to rely on wholly.
Even a person who doesn’t believe in God and who proclaims to be an atheist can be a Hindu as a Hindu can be astika or nastika.  Dr Tharoor expresses his love for the faith as he quotes the hymns of Rig Veda questioning the creator of the universe Himself.

Who really knows? And who can say?
Whence did it all come? And how did creation happen?
The gods themselves are latter than creation,
So who knows truly whence this great creation sprang? -Rig Veda, X. 129

In this well-researched non-fiction, Dr Tharoor further explains about the reasons of Idol Worshipping and people following other faiths.
About idol worshipping, He writes, “Hindus, therefore, understand that all worship of God reflects an effort to reach out to that which cannot be touched or seen; since God is, in that sense, literally unknowable, one may imagine Him/Her/It in any form, since each form may be just as valid as another and none can be guaranteed to be more accurate than the next one”.

About people following other faiths, he quotes Lord Krishna from Gita “Whomsoever follows any faith and worships me under whatsoever denomination in whatsoever form with steadfastness, his faith I shall reinforce”


Taking back Hinduism
This section has been covered in 28 pages. It deals with the personal opinion of the author about the real meaning of the faith and the bigotry dissipated in the masses in the name of religion. He talks about fundamentals of the faith and tolerance. And ends the book with these lines

“I am a Hindu who is proud to offer such a religion to the world. I do so conscious that Hinduism does not seek to proselytize, only to offer itself as an example that others may or may not choose to follow. It does not share with the Abrahamic faiths a desire to universalize itself; yet its tenets and values are universally applicable. But first it must be revived and reasserted, in its glorious liberalism, its openness and acceptance, its eclecticism and universalism, in the land of its own birth. As a Hindu hymn says, in words that resonate with meaning for every human being on the planet.
Asato ma sad gamaya!
Tamaso ma jyotir gamaya!
Mrityor ma amritam gamaya!
Lead me from Untruth to Truth !
Lead me from darkness to light!
Lead  me from death to immortality!”


Verdict: 292 pages of content and that’s too when I haven’t counted Index and all, it may go boring. Too much talk of soul, philosophy and Vedanta may make you feel a bit less engaged. But the more you read, the more rational it may begin to appear. The most fantastic part of the book is the part 1 in which he explains how Hinduism evolved through centuries. It is similar to that schools of management or schools of economics which evolved and was shaped by different people and different time demands. Having said that, I would like to conclude on the note that Why I am a Hindu is a book that wouldn’t fail up to your expectations. Dr Shashi Tharoor seems to have penned down a non-fiction which is going to continue to be in high-demand as of now and later.
Posted by Shashi Prakash at 12:32 AM No comments:

Review: "The Alchemist by Paulo Coelho" 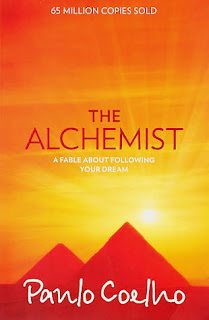 One of the fundamental gist of the book revolves around the basic dilemma of whether one should listen to his/her heart or not. The boy finds his love at a certain place and certain point on his journey embarked. He receives noble treatment for the person he is and he feels to have achieved everything in his life. He asks himself whether he should move further for hi dream or not?

“My heart is afraid that it will have to suffer” says the boy to the Alchemist.
“Tell your heart that fear of suffering is worse than the suffering itself. And No heart has ever suffered when it goes in search of its dreams, because every second of the search is a second’s encounter with the God and the eternity.”, Alchemist replies to the boy.

“Why don’t people’s heart tell them to continue to follow their dreams?” the boy asked the alchemist.
“Because that’s what makes a heart suffer most, and hearts don’t like to suffer”
From then on, the boy understood his heart. He asked it, please, never to stop speaking to him. He asked that, when he wandered far from his dreams, his heart press him and sound the alarm. The boy swore that, every time he heard the alarm, he would heed its message.

The story is about a boy named Santiago who is a shepherd. He dreams about treasure being in the land of Pyramids and then decides to take up the journey. The plot revolves around this remarkable journey itself. He meets few significant characters and learns life lessons from them. Among few, he also meets the Alchemist and spends weeks with him too. The story is about Soul of the World, God and following your heart. It’s also about patience, humbleness, love, cheat, destiny and journey of life.
This book hits you in phases. It can be read in one go but it can’t be absorbed in alike manner. You need to come back to the book to keep those ‘Life Lessons’ raging on and on. One can take away many things from this literary work. Since the language used is very lucid and easy, the reading doesn’t require any prerequisites.
Overall, it’s an overwhelming and enthralling piece of fiction. Strongly recommend to buy this one.

Posted by Shashi Prakash at 4:52 AM No comments:

What are some great study habits to adopt? 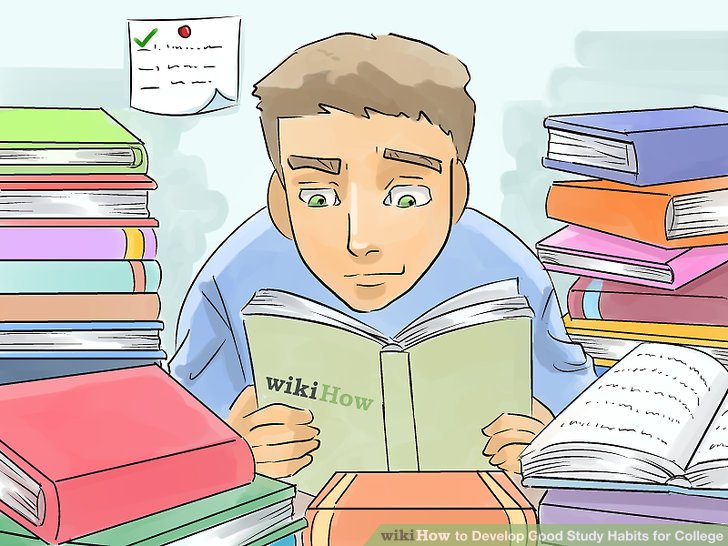 Hope it helps.
Thanks

Link: Here
Image Source: Here
Posted by Shashi Prakash at 3:00 AM No comments: