Read It and Feel proud to be an Indian. 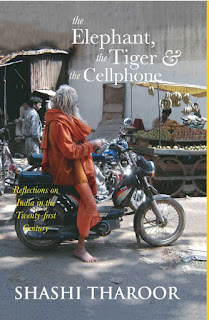 “If I were to pick one field to focus on, it would be that of mathematics, India invented modern numerals ( known to the world as ‘Arabic’ numerals because the west got them from the Arabs, who learned them from us!). It was an Indian who first conceived of the zero, shunya; the concept of nothingness, Shunyata, integral to Hindu of culture and Buddhist thinking, simply did not exist in the west. (in the history of culture,’ wrote Tobias Dantzig in 1930, ‘the invention of zero will always stand out as one of the greatest single achievements of the human race.’) The concept of infinite sets of rational numbers was understood by Jain thinkers in the sixth century BCE. Our forefathers can take credit for geometry, trigonometry and calculus; the ‘Bakshshali manuscript’, seventy leaves of bark dating back to the early centuries of the Christian era, reveals fractions, simultaneous equations, quadratic equations, geometric progressions and even calculation of profit and loss with interest.
Indian mathematicians invented negative number: the British mathematician Lancelot Hogben, grudgingly acknowledging this, suggested ungraciously that ‘perhaps because all the Hindus were in debt more often than not, it occurred to them that it would also be useful to have a number which represents the amount of money one owes.’ (That theory would no doubt also explain why Indians were the first to understand how to add, multiply and subtract from zero- because zero was all, in western eyes we ever had.)

The Sulba Sutras, composed between 800 and  500 BCE, demonstrated that India had Pythagoras theorem before the great Greek was born, and a way of getting the square root of two correct to five decimal places. (Vedic Indians solved square roots in order to build sacrificial sophisticated altars of the proper size.) The Kerala mathematicians Nilakantha wrote sophisticated explanations of the irrationality of ‘pi’ before the west had heard of the concept. The Vedanga Jyotisha, written around 500 BCE, declares: ‘Like the crest of the peacock, like the gem on the head of the snake, so is mathematics at the head of all knowledge.’ Our mathematicians were a poet too! But one could go back even earlier, to the Harappan civilisation, for evidence of a highly sophisticated system of weights and measures in use around 3000 BCE.

Archaeologists also found a ‘ruler’ made with lines drawn precisely 6.7 mm apart with an astonishing level of accuracy. The ‘Indus inch’ was a measure in consistent use throughout the area. The Harappans also invented kiln-fired brick, less permeable to rain and floodwater than the mud bricks used by other civilisations of the time. The bricks contained no straw or other binding material and so turned out to be usable 5000 years later when a British contractor dug them up to construct a railway line between Multan and Lahore. And while they were made in fifteen different sizes, the Harappan bricks were amazingly consistent: their length width and thickness were invariably in the ratio of 4:2:1.”

This excerpt is from the Novel- “The Elephant, the Tiger and the Cellphone” by Dr Shashi Tharoor.  I strongly advocate and advise you all to go through this amazing piece of work.
Posted by Shashi Prakash at 3:02 AM No comments: