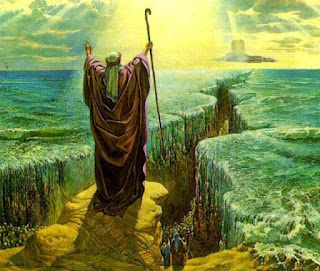 He claimed to have met Him. He seemed to be pretty sure enough and he had no any doubts regarding that. We were not used of such kind of stuff. But he confessed that he had talked. He had become a prophet and his prophecy had taken up the shape of poetry. His words used to soothe my agitation. His words seemed to be more compatible with my soul. Finally I had met a person who was a poet as well as a prophet. A perfect amalgam indeed! A rare gem was staying with us and every second of his company was a privilege for me. Anger, jealousy had deserted him. He had lost the basic traits of being a human being. He was no more a human. He was like a demi god. Silence used to adore his facial expression and calmness used to do the touch-up.

After many years of living in this civilized world he gave a thought of deserting his body. He was thinking of travelling to heavenly abode.
‘Everybody wants to make it to heaven son, but no one wants to die.’
Death is the ultimate truth of our life. His pure souls had left his body. He had embraced his death. There was silence left out there and he was laughing out loud. His was making a mockery out of the incident. But I was not confirmed about the subject. He didn’t understood that world will never be blessed enough to hear a poem from a prophet rather than a poet. He had left and so a part of the prophet, his prophecy and his poem had left.

Posted by Shashi Prakash at 7:51 AM