When silence too deserted me 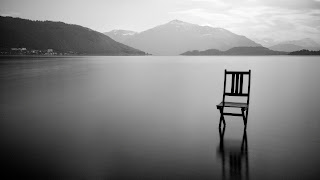 I was tired and my head was hurting enough. The day had gone and the stars were on. My very close friend shadow had too abandoned me. I was alone there and there was darkness just in the form I had demanded and I wanted. As iron carbon phase diagram tells us. It’s certain amount of carbon that transforms an iron in to strong steel. You go beyond that limit and you will find iron again.
I had no many friends. I had a large friend circle. But the only thing it needed was friends in those circles.
‘Life ain’t sunshine and rainbows pal.’
We were two but I wanted to make it three. I wanted silence to accompany me. I persuaded him. And while I was in middle of my persuasion I had a brief talk with my heart.
Heart: Do you think he will come?
Me: Yes he will.
Heart: I thought he turned you down.
Me: He said yes. He just didn’t let me know it.
And he came. We were having a great combo together. Me, silence and perfect amount of darkness. My coconut was no more hurting. It was good to be investing my time in them. Those turbulence in my heart had stopped. My adrenaline had normalized. But then there were some developments occurred.
Silence deserted me. He didn’t said anything and didn’t negotiated. He was like binary. Either 0 or 1. There is no place for stuffs like 0.5 or 0.9. There wasn’t any scope of negotiation.
He made a mockery out of my helplessness. Yes I was helpless. I just wanted peace in my mind. My shadow had returned to me but silence had made a firm resolution. He again made a mockery out of me. And I cursed him to face its fate worse than death.

Posted by Shashi Prakash at 7:54 AM