The Curious Case of Apple, Twitter and Joseph Tieffenthaler 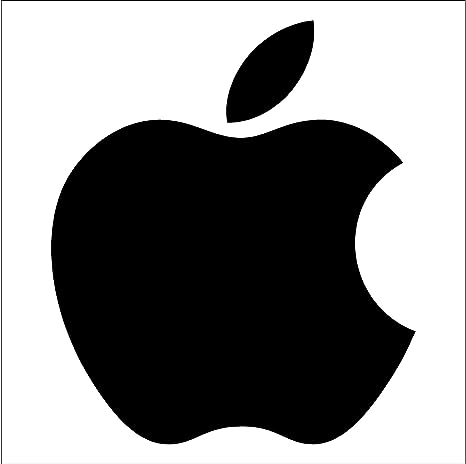 Apple has regained the title of the ‘World’s Most Valuable Listed Company’. The surge in the stock from $157.92 to $260.14 makes up of $ 398 Billion dollars in value, year to date in 2019 and that’s like the entire market cap of JP Morgan Chase & Co (408.93 Bn to be precise as of 7:28 PM, (GMT) November 10, 2019)
Their services arm has brought $46 Billion of revenue YTD, and they do understand that services are less cyclical, pregnant with higher margins. Products can’t keep the match of services. The replacement cycle has slowed down because the prices of smartphones have exceeded. They are on par with some of the good laptops in the market. People are waiting for 5G update. And the reasons may just pile up.

Their sincere attention for services domain may be exhibited by this timeline:

August 2019: Apple Card - The cashback (3-2-1) Model, wide acceptance of the payment mode across US Retail stores, and the embedded safety features have really been appreciated. The mode doesn’t share the actual credit card number to the retailer, but it shares a device number generated specific to your iPhone device.

November 2019: Apple TV Plus - It is an over-the-top ad-free subscription video-on-demand web television service. Their move of letting apple device owners (purchased after Sept 10: The very concise terms and condition may be read here: https://www.apple.com/promo/pdf/EN_US_ATV+_Promo_TandCs.pdf
) use the service free for a year is definitely going to entice users to continue watching, and for some to eventually pay for a subscription, as new series are released. Though made on a whopping budget of $ 300 Million, Jennifer Aniston, Reese Witherspoon, and Steve Carell starrer ‘The Morning Show’ received mixed to negative reviews.

Their recent iPhone launch, Tim Cook announcing that the iPhone 11 is the best-selling iPhone of all time, the launch of new air pods are a few of the other stuffs that we have not covered here. But there is a nice video which clearly explains as if what makes

“Perfect, well-built Apple Product.”
What’s meant by that?
Now, this is something I would really encourage you to watch. This is a video review from Dave Lee. What is the core competency of wireless earphones? Sound & Noise cancellation. Sony wf 1000XM3 is better in both of terms to Apple Airpods Pro. But in the end, Dave calls the pro as a better product. This sums up the real tangible aspect of user experience, and I hope that the video serves the intention.
Link: https://www.youtube.com/watch?v=PDdNGsqi1Ho 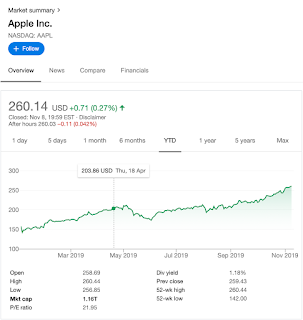 After a series of tweets in which Jack Dorsey banned the political advertisement, it put Facebook on the back foot. The reason behind so was the stand that Facebook had earlier taken and expressed openly about Political Advertisements. Now it’s not the matter of revenue as Twitter draws only 0.8 percent from this particular type of advertisement while Facebook mentioned that $ 3 million dollars are their share in this. The timings are also crucial because Twitter expressed the same almost as close to Facebook, announcing their Quarter Earning reports. Twitter even took a dig at Mark in one of his following tweets banning political advertisement. He didn’t take name but made statements in the quote :

For instance, it‘s not credible for us to say: “We’re working hard to stop people from gaming our systems to spread misleading info, but if someone pays us to target and force people to see their political ad…well...they can say whatever they want! 😉”
Though Facebook had a strong third-quarter earnings report. The report may be accessed here:
https://investor.fb.com/investor-news/press-release-details/2019/Facebook-Reports-Third-Quarter-2019-Results/default.aspx

The legal case that made India skip her breath

Mr. Tieffenthaler: According to the wiki, Joseph Tiefenthaler (or Tieffenthaler or Tieffentaller) (27 August 1710 – 5 July 1785) was a Jesuit missionary and one of the earliest European geographers to write about India. His accounts became one of the decisive evidence for one of the most important legal battles of Indian History. We all know the results and outcome of this case, but here are 13 major points that one should know:

1.     The five-judge Supreme Court bench led by Chief Justice Ranjan Gogoi read out a unanimous judgment and ruled in favor of the Ram Janmabhoomi and said there will be Ram Mandir at the disputed site and Muslims will be given an alternate 5-acre land for their mosque.
2.     The waqf board argued that the land has been with a certain community for a long time, and based on ‘Doctrine of Adverse Possession’, it should be granted to them. But it was dismissed, stating that the possession was never uninterrupted or undisputed.
3.     The Court agreed based on evidence provided by ASI that Babri Masjid was not made on vacant land but on a structure that is of non-Islamic nature. Though, if that structure was destroyed or demolished to make way for Masjid has not been discussed or talked about at any point.
4.     The court didn’t go much into Righteousness Science / Dharma- Shashtra, unlike the Triple Talaq case.
5.     The court considered Lord Ram as a juristic person and dismissed the point if the birthplace can also be a juristic person. You may read it here for further details: https://www.dailypioneer.com/2019/india/how-birthplace-of-deity-can-be-juristic-person--asks-sc.html
6.     Second longest proceedings in history (40 days in total from August 6- October 16). The longest proceedings were of 68 days in the landmark Keshvanand Bharti Case.
7.     The traveler's account of Father Joseph Tieffenthaler and Montgomery Martin gave detailed accounts of “faith and belief of the Hindus”. Those were taken into account.
8.     Nirmohi Akhara claims were rejected as their suit was outside the prescribed period of limitation and is barred.
9.     The temple destroyed dates back to the reign of Vikramaditya.
10.  Extraordinary powers under Article 142 were exercised. The demand for 5 acres of land was not even asked. If there are similar cases of title suit, shall the court exercise it again to award the other party? The answer is perhaps No. A similar action was taken because of the extraordinary backdrop of the case.
11.  The land was not given to any organization or any party but Lord Rama himself, and he was considered as a juristic person.
12.  A similar kind of suggestion was suggested in the report drafted by the mediation team, too and a certain section believed that their report may have been taken into consideration while delivering the judgment.
13.  The surplus 67 acres of the land hold by the Central Government have been released, which would mean that the development would take place in almost 70 acres of land for the temple.

Things to know: "doctrine of adverse possession", under which a person who is not the original owner becomes the owner because of the fact that he has been in possession of the property for a minimum of 12-years, within which the real owner did not seek legal recourse to oust him.

Now, these are few comments that were made in the press conference of All India Muslim Personal Law Board. Mr. Zafaryab Jilani was addressing the conference for most of the part, and then he defended his argument of going for a review petition in the following words:

“There are a dozen cases in which the Supreme Court has reviewed their judgments. We will never say or do Anything that will fall upon the dignity of the court.  We always have paid respect to the judgments and we have faith in the institution. To disagree with the same is our right. It has been the right of the nation”

In the press conference, a lady asked this question

Zilani Sahab, You are Indian first and then a Muslim. Why you all are pressing so much for a masjid that has been constructed by Babur knowing that Babur was an invader.
Mr. Zilani responds to that as:

1.     Once Mosque is created, it does belong to God, and we have nothing to do with Babur
2.     Is one has so much problem with the name of Babur, we even mentioned that the mosque can be named after Lord Rama
3.     There is already a mosque in Lucknow called Shivalaya Masjid.

The final Supreme Court report may be read here: https://www.sci.gov.in/pdf/JUD_2.pdf

Posted by Shashi Prakash at 3:28 PM