Are You An Intelligent Investor? 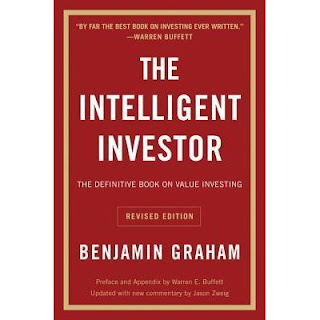 Now let's answer a vitally important question. What exactly does Benjamin Graham mean by an "intelligent" investor? Graham defines the term- and makes it very clear that this kind of intelligence has nothing to do with IQ or SAT scores. It simply means being patient, disciplined, and eager to learn; you must also be able to harness your emotions and think for yourself. This kind of intelligence, explains Graham, "is a trait more of the character than of the brain."

There is a proof that high IQ and higher education are not enough to make an investor intelligent. In 1988 Long-term Capital Management, L.P., a hedge fund run by a battalion of mathematicians, computer scientists, and two Nobel Prize-winning economists, lost more than $2 billion in a matter of weeks on a huge bet that the bond market would return to "normal". But the bond market kept right on becoming more and more abnormal- and LTCM had borrowed so much money that it collapse nearly capsized the global financial system.

And back in the spring of 1720, Sir Isaac Newton owned shares in the South sea company, the hottest stock in England. Sensing the market was getting out of hand, the great physicist muttered that he "could calculate the motions of the heavenly bodies, but not the madness of the people". Newton dumped his South Sea shares, pocketing a 100 % profit totalling £7000. But just months later, swept up in the wild enthusiasm of the market, Newton jumped back in at a much higher price- and lost £20,000 (or more than $3 million in today's money). For the rest of his life, he forbade anyone to speak the words "South Sea" in his presence.

This article is an excerpt from the book "The Intelligent Investor- Benjamin Graham ( Revised edition updated by Jason Zweig). This book is by far the best book on investing ever written according to Warren Buffett. I have been going through this book for the last couple of weeks and found this particular excerpt worth sharing. You can check out this book here- https://goo.gl/k5vbr7
Know more about me @ www.shashiprakash.in
Posted by Shashi Prakash at 1:41 AM

Email ThisBlogThis!Share to TwitterShare to FacebookShare to Pinterest
Labels: Excerpt