Because Its Your Story!! 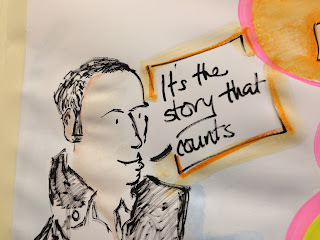 “I was born talented but education ruined me.” I would rather like to narrate a story of my friend Deepak. He was a fantastic guy, a child prodigy. He used to write and he loved to write. He used to tell me and confess that he wanted to be a writer. But his father had some unlike thoughts. He wanted to make him an officer who would depart from his home at 9:00 and would return before 5:00 in the evening. He wanted to make him someone who would carry a leather briefcase containing some documents of ‘national importance’ being escorted by some officials in an ambassador with a lal bathi. His fathers had his own ambition and Deepak respected him and his expectations a lot. He enrolled himself in std.11 and begin to prepare for JEE MAINS. He once told me that the ‘things were not going his way’. I didn’t knew that those 5 words were as deeper as the sky.


He used to love to write about the sky, about his friend and her strands of hair fluttering in the air, the curious way in which the sunset used to fall at her face and the beauty being used as a drapery….

“Fake it, till you make it.” He used to believe in that principle. For a brief time he tried to devote his time in those equations. He was made to handle those thick books of Arihant and RS Agarwal by force not by choice. He thought faking those things might help him. He read, mugged up, but he didn’t that he was fighting outside his domain. I hardly believed whether he could sustain.

He was pushing hard and I thought that he had taken enough hits and he was down. He still wanted to study because he knew that after his evening classes his father would call him and would ask about his study and preparations. His father was an expertise and a very noble person. His father loved him blindly just like every like every father in this whole civilized world. The only thing that his father wanted was his security. His father knew that being a writer meant that he was going to have many hardships in his life.


I had started the context in the first person but rather I would like to wrap it up in third person.


“He was born talented but education ruined him.”
Posted by Shashi Prakash at 7:35 AM