Steve Jobs said, “Journey is the reward”. And he was damn right. 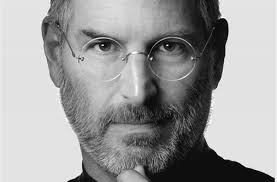 If you are reading this article, don’t expect that I am going to recite those famous lines from Steve Jobs speech at Harvard. Well the point is to prove one of his famous lines with the help of science and theory.

o   SCIENCE
We all work. And we work expecting reward. We study expecting that it might help with our grade. We do hours and hours of workout in gym, figuring out how to throw a descent jab thinking that it might help to become the welter weight champion of the world. So we do work and we do expect rewards.
The point that Steve Jobs wanted to make was that we should work but we shouldn’t do it entirely keeping the reward factor in our mind. That thing helps us out in few cases but also de motivates us to a great extent in majority of scenarios.
Let’s talk some business rather than making baseless points.
Rewards force us to consider our work in a limited way, even work that we might gain great satisfaction from doing without the promise of reward. In fact, offering incentives can limit not only one’s perception of the work but one’s ability to even do the work. Consider the “candle problem” (Refer author Dan Pink’s TED talk on the candle problem for more information). Subjects are seated at a table against a wall, given a candle, some matches, and a box of tacks, and told to work out a way to burn the candle without getting wax on the table. In one study, one group was offered money for figuring the puzzle out, while another wasn’t – and the subjects who were not offered any reward did remarkably better.

(The solution, by the way, is to empty the box of tacks and set the candle up inside of the box – most people ignore the box at first, because they see it only as a holder for the tacks and not as part of the equipment available to them. People working for a reward have a much harder time making the creative leap to seeing the box as part of the puzzle than people who are not being incentivized except by the pleasure of solving the puzzle itself.)
So you saw that the group that was trying to figure out the solution keeping in view of reward did pretty badly.
So we shouldn’t expect rewards?  Well exactly not. You should rather enjoy work and think it of as your reward. Journey is the reward.  Doing so will make you remain motivated throughout your all sorts of work.

Dopamine
The origins of motivation:  It’s in your head.
What is dopamine? Dopamine is one of the chemical signals that pass information from one neuron to the next in the tiny spaces between them. When it is released from the first neuron, it floats into the space (the synapse) between the two neurons, and it bumps against receptors for it on the other side that then send a signal down the receiving neuron. That sounds very simple, but when you scale it up from a single pair of neurons to the vast networks in your brain, it quickly becomes complex. The effects of dopamine release depend on where it’s coming from, where the receiving neurons are going and what type of neurons they are, what receptors are binding the dopamine (there are five known types), and what role both the releasing and receiving neurons are playing.
We normally associate dopamine with pleasure, but it has a far wider effect than that. Dopamine has been found to fire before a reward is given, in addition to showing up in times of stress, pain, loss or pleasure. As a result, dopamine levels are now believed to be strongly linked with motivation. Interestingly, one behavioral neuroscientist discovered that rats with lower dopamine levels weren’t willing to climb a small fence to get to a larger pile of food, compared to rats with higher levels of the hormone.
Animals need to seek food for survival and dopamine helps them out in seeking. However Animals in which the VTA dopamine system has been rendered inactive do not seek food, and will starve to death if left to themselves, but if food is placed in their mouths they will consume it and show facial expressions indicative of pleasure.
It’s clear that dopamine is the science behind motivation. And to remain motivated we need that our brain releases dopamine. But dopamine releases only when reward factor is associated with the job. Dopamine’s true effect may be motivation. Dopamine performs its task before we obtain rewards. And in that scenario if we just by Steve jobs line then it would be quite easier for us to remain motivated as then our journey would be the reward (the factor behind the release of dopamine)

Where Motivation, the desire for a particular outcome, Expectancy or self-efficacy is the probability of success, Value is the reward associated with the outcome, Impulsiveness is the individual’s sensitivity to delay and Delay is the time to realization.
The theory also says that motivation is closely associated with the value factor. The value is the reward that one will get after completion of the job. And in this scenario too if we remain by Steve jobs line then it would be quite easier for us to remain motivated as then our journey would be the reward.

Posted by Shashi Prakash at 6:14 AM

Email ThisBlogThis!Share to TwitterShare to FacebookShare to Pinterest
Labels: Motivation